What really happened to the 129 men aboard the HMS Terror and HMS Erebus as they attempted to explore the unknown territory of the Northwest Passage? No one really knows; however, there are many theories and hypotheses about what might have taken place. Many have suggested the men may have practiced cannibalism due to starvation, others have said they may have died from scurvy, a disease caused by a lack of vitamin C. However, I believe that the crew would have died long before they would have starved to death due to the fact that they were being poisoned by lead and the spoiled food they were eating each day.

On May 19, 1845, 129 men and officers aboard the HMS Terror and the HMS Erebus under the command of Sir John Franklin set sail to explore the Northwest Passage. The ship was well stocked with food, clothing, tobacco, liquor, and with many of the luxuries that many of the men had never met before.  The ship was one of a kind, it contained, mahogany writing desks, large amounts of school supplies for the men to learn while out at sea, an organ for entertainment, and even a camera.  The expedition was to last 3 years, and the men were commissioned to find a safe and reliable route from Europe to the Orient.  After 18 months at sea, the men astonishingly disappeared.  The last people to come in contact with the ships were whalers off the coast of Beechy bay.  As the world waited for any sign that the brave husbands, fathers and sons were safe nothing came.  Between 1848-1854 760,000 pounds were spent on numerous expeditions set out to rescue the courageous men. It was not until 1850 that any evidence was found. Many expeditions set out to find answers and only a few clues were found.  Many of the sealed tin and lead tins were found, they were tested for lead and the lead was higher than acceptable.  Also many of the desks, tools, and supplies were found. 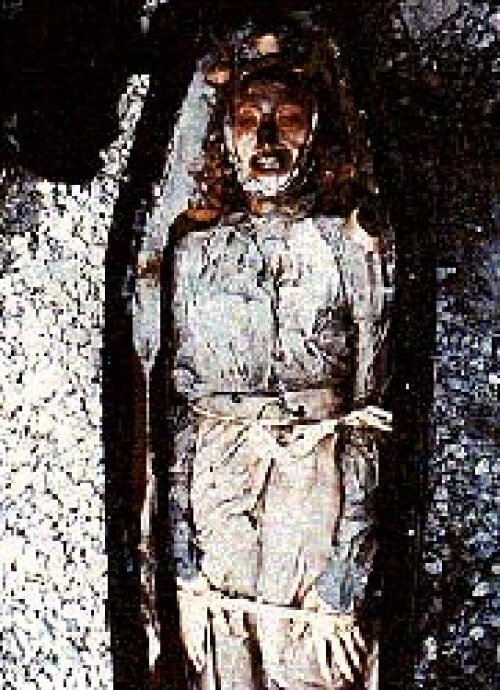 In the 1800’s, the tin can was created which was made of a combination of lead and tin.  A sheet of tin was rolled out and then formed into a cylinder shape. The ends overlapped each other and then were soldered inside and out. A flanged top with a filler hole was placed on the top of the can and soldered on.  The can was then filled with the food product, either soup, meat or vegetables. The tin was next placed in boiling water, which included a trace of calcium chloride to bring up the cooking temperature. Lastly the food was capped while it was still hot so that when the tin cooled it formed a vacuum to prevent spoiling. The solder that sealed the tins was made of a combination of ten percent tin and ninety percent lead. Canners used lead because it did not melt the way most metals did, it did not  “run” while it was hot. The lead used in the solder was a deadly choice; however at that time, lead was nothing more than a useful material to work with.

Lead is a poisonous material with deadly consequences. Lead causes lead poisoning, which affects the body in many severe ways: delusion, weakness of muscles and bones and the inability to make good decisions. With a combination of other factors lead caused the deaths of the 129 men aboard the Franklin expedition.  A study by Owen Beatie was done to prove that lead poisoning was one of the main killers of the men aboard this expedition.  With the help of forensic scientists, Beatie was able to test the hair of the bodies that were perfectly preserved in ice; the results were astonishing.  One man had a reading of over 200 ppm (parts per million) of lead in his hair follicles.  This is over 100 times the acceptable amount. The men’s’ bones were also tested for traces of lead and high levels were found. There is simply too much scientific evidence to discount the thought of lead being their killer.

Another theory that works in concurrence with that of lead poisoning in the tin cans is the theory of food poisoning. The tin cans, which stored the food, were also used to cook the food before it was sealed and kept for many years. If the proper cooking procedure was not completed before the tins were sealed, then the food would not be safe to eat. Unfortunately this is what happened to the men aboard the HMS Terror and the HMS Erebus.

Stephan Goldner and Sir John Franklin comprised a contract of 8,000 tins of soups, meat and vegetables for the expedition.  This contract was to be completed in time for departure.  However, Goldner did not finish all the tins in time, yet the tins he did finish were cooked inadequately to be edible.  A small 2-4 pound tin was required to be cooked 7-11 hours at a temperature of over 250 degrees Fahrenheit.  Instead, he cooked it for 30-75 minutes, and only cooked it at a temperature of 212 degrees Fahrenheit. As his deadline had already passed, the captain and other officers were rushing him; he decided to cook bigger tins of food to hurry the process along.  When Goldner still did not complete the tins by the date set in the contract, he was forced to produce even larger tins of food. The larger tins obviously needed more cooking time, however he did not cook them longer than the 2-pound tins. The food was not properly cooked or sealed and this caused large amounts of bacteria called Clostridium botulinum or botulism, deadly bacteria, to infect the food. Scott Cookman, scientist, did a study on the Franklin expedition and wrote the novel Ice Blink, also suggests that Goldner used spoiled food to begin with.

For botulism to occur, there must be several conditions. First of all, the spores must be present in a low-acid food. Then a person must can or process the foods in some way that removes air, but does not use enough heat to destroy the spores. In low-acid foods, and in the absence of oxygen, the spores grow and produce a toxin that is one of the most potent known…. Foods commonly involved in botulism outbreaks are home canned low-acid vegetables, sauces and soups, meats, fish or poultry that have been insufficiently heated during canning. Examples of low-acid vegetables include peas, peppers, corn, lima beans, green beans and mushrooms (University of Washington).

During the first winter and summer of the expedition, there was enough fuel to be able to cook 3 hearty meals a day. With the large amounts of fuel the food was able to be cooked enough to kill the bacteria, however during the winter of 1846 when there wasn’t enough fuel to cook more than one meal a day the men were eating “raw” food at least twice a day.  The bacteria were able to enter and kill them within 12-48 hours.

Botulism symptoms include difficulty in swallowing, speech and respiration and double vision. Death results from paralysis of respiratory muscles, unless the correct antitoxin is administered immediately (University of Washington).

During the time the ships were beset in the pack ice, many say that the men would have starved to death.  This could be true because during the winter months the rations were increased as they were down below the ship deck and had nothing more to do than sleep and eat to stay healthy. If they were to be there for a whole year the food and fuel supply would have been consumed much faster and would not have lasted. However the amount of food the ship contained is astonishing. As Beatie explains in his novel of research “Frozen in Time” the ship had plenty of supplies to last them up to 5 years: 61,987 Kg of flour, 16,749 L of liquor, 909L of wine for the sick, 4,287 Kg of chocolate, 1,069 Kg of tea, 8,000 tins of soup, meat, and vegetables, 3,215 Kg of tobacco, 1,673 Kg of soap, 1,225 Kg of candles, 4,200 Kg of lemon juice to prevent scurvy and dozens of wolf skin blankets.  There was no proof that any of the men starved, all the evidence points of lead and spoiled food as the culprit. Scurvy may have been the first thought about why the sailors were getting sick, and the first treatment was lemon juice, and because that wasn’t working the men were fed more vegetables and soup then usual.  The only problem with feeding the men more vegetables and soup is that the food was tinned and infected by lead and was also spoiled. I believe I have proved that the even though it might be a possibility, the men would have died long before they would have starved to death or died of scurvy due to the lead and spoiled food.

I believe that the evidence overwhelmingly supports the theory that lead poisoning and food poisoning were the main reasons for the deaths of the crew members. Lead was in the tins and it was in the solder that sealed the tins.  The food in the tins was either spoiled to begin with or due to Stephan Goldner’s negligence to prepare and seal the food in the tins properly.  The men were being exposed to lead and spoiled food the entire journey; this caused them to become delusional and very ill.  With these factors together the men did not stand a chance.  The men could not have starved to death because they would have died long before they ever starved with the huge amount of food aboard.  They had a surgeon, not a doctor, which could not properly diagnose them. The captain, Sir John Franklin was one of the first men to die, which caused them to become lost without a captain.

Editors Note: Ms Hall submitted this essay as an assignment for her English course at Okanagan University College.  It offers more insights to this fascinating story.