If you live in Canada, America, or the United Kingdom, chances are you’ve heard somebody refer to something as “the Real McCoy.” This strange idiom, synonymous with “the real deal,” is used to describe things that are original and genuine. For example, if your friend questions the authenticity of your Ray-Ban sunglasses, an appropriate response is, “nope, they’re the Real McCoy.” Etymologists all over the English-speaking world have puzzled over the origin of this phrase for years. According to one popular (albeit hotly contested) theory, “the Real McCoy” was first used to distinguish replica knock-offs from automatic steam engine lubricators invented by a black Canadian-American engineer named Elijah McCoy.

Elijah McCoy was born in the community of Colchester, Ontario, on May 2, 1844. His parents were former plantation slaves who escaped a life of servitude in Kentucky in 1837. Both of them fled to Canada via the Underground Railroad, a network of secret routes through the United States to British territory.

Before he was born, Elijah’s father, George, earned 160 acres of farmland by serving in the British Militia. In 1837, he fought for the British Crown in the Upper Canada Rebellion. This conflict was a revolt against the provincial government of Upper Canada (present-day Southern Ontario) led by Scottish-Canadian politician William Lyon Mackenzie. After the rebellion, George and his wife, Mildred, settled on their newly-earned land. In addition to crops, George and Mildred raised twelve children, one of them Elijah McCoy.

When he was fifteen years old, Elijah’s family moved south to Ypsilanti, Michigan. Elijah, however, who was bright and mechanically inclined, was shipped off to Edinburgh, Scotland. There, he studied engineering. Eventually, he became a certified mechanical engineer.

When he completed his education, Elijah McCoy traveled to the United States to rejoin his family. In spite of his credentials, he was unable to find a job as a mechanical engineer. The American Civil had just ended, and McCoy had to compete with thousands of unemployed soldiers for work. Eventually, he secured a position as a fireman and oilman with the Michigan Central Railroad. 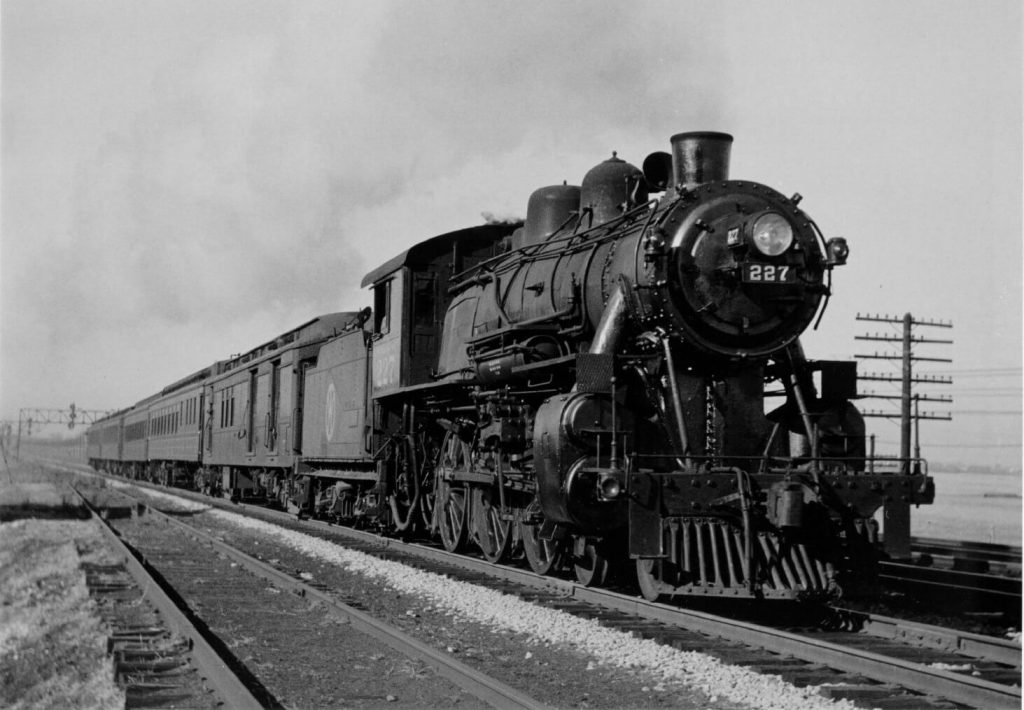 Elijah McCoy’s job was to tend to the engines of steam locomotives. Specifically, he had to shovel coal into the 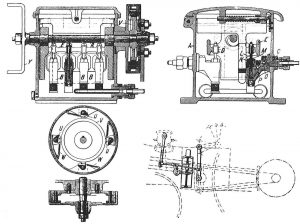 engines’ furnaces while the train was moving. Also, every once in a while, the train would stop, and McCoy had to squirt oil onto its engine’s cylinders and bearings. McCoy realized that applying oil manually was a very inefficient way to lubricate a train’s engine. To solve this problem, he decided to invent an automatic lubricator.

First, Elijah McCoy studied the designs of automatic lubricators that were already on the market. Then, he designed an automatic lubricator of his own. In 1872, he patented the “lubricating cup,” which allowed oil to drip continuously onto an engine’s moving parts while it ran.

According to legend, McCoy’s design became so popular that other engineers started copying it. The imitation automatic lubricators did not work as well as the original, however. Soon, the owners of steam engines all over the world found themselves asking for the “Real McCoy” when shopping for automatic lubricators.

Many historians refute this legend, maintaining that McCoy’s design was never as popular as the story would have us believe. Many claim that the real origin of the phrase “the Real McCoy” has nothing to do with Elijah McCoy’s invention. For example, some say the phrase originally referred to Charles “Kid” McCoy, an American world champion boxer. Others maintain that it derives from the phrase “a drappie o’ the real MacKay,” an advertising slogan used by 19th Century scotch distiller G. MacKay & Co.

Whatever the case, Elijah McCoy went on to file 56 more patents in Canada and the United States, 50 of them associated with steam engine lubrication. In 1920, he founded the Elijah McCoy Manufacturing Company, which produced a graphite lubricator that McCoy had invented.

In 1929, Elijah McCoy passed away in a hospital in Detroit, Michigan. The engineer succumbed to injuries he sustained in a car crash in 1922 with his wife, Mary. Although the great Canadian-American inventor is now long dead, the legend of the “Real McCoy” lives on.

If you enjoyed this article and would like to help support this website, please check out our online book shop: