In the late 1920s and early thirties, the North Channel along the shores of Manitoulin Island was the play ground for many of the rich and famous. Many boated and spent time at their secluded cottages and island homes on the Manitoulin. One of the lesser known millionaires of the thirties was Daniel Dodge, son of John Dodge co-founder of the American Dodge Motor Company. Danny, as he was known to his family and friends, owned a luxury lodge overlooking the North Shore of Manitoulin Island. 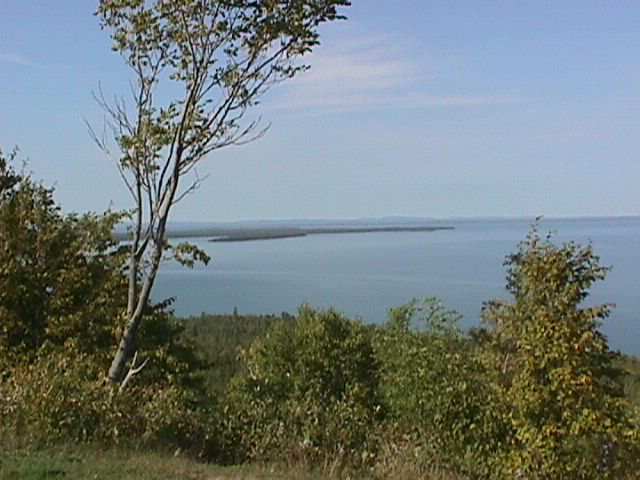 While spending time at his secluded resort in 1938, he fell in love with a local resident of the Island by the name of Lorraine McDonald.After a period of courtship they decided to get married and announced their plans to the families. The families were opposed to such the union based on class structure.  To marry outside your class could be disastrous, as was the case for Danny Dodge.

Eventually the wedding went ahead and the young couple spent their honeymoon at Danny’s estate.

While exploring his estate one day, Danny discovered a box of dynamite in the carriage house.  It was probably left over from the construction of the large lodge.  Being somewhat reckless, Danny lit one of the sticks and threw it out the carriage house door.

The resulting explosion brought Lorraine and the caretaker of the property and his wife out to the carriage house to investigate.

All were injured but none more serious than Danny.  Flying glass and wood had inflicted many wounds on the trio at the carriage house door, but Danny lay unconscious on the floor, bleeding to death.

In an effort to save Danny’s life and find help for themselves, Lorraine, the caretaker and his wife carried Danny down to the boat dock and aboard his speed boat.  They would attempt to cross the North channel to the hospital in the small town of Little Current.

With the Caretakers wife seated beside her and the two men in the back seat, Lorraine headed the boat out into 4 ft waves on what was one of the stormiest days of that summer.

At some point along the rough and difficult journey around the Island, Danny regained consciousness and stood up only to be washed over board in the rough water of Honora Bay.  Lorraine’s attempt to rescue Danny from the cold Lake Huron waters was in vain as he slipped beneath the waves and was not seen again.

Did Danny really fall from the boat, was he pushed or maybe thrown overboard? These were some of the questions and speculation brought on by the lawyers and family members of the Dodge family. It was thought that Danny’s death 13 days into his marriage was an attempt, by Lorraine, to gain his wealth through murder.

Lorraine went to trial over Danny’s estate where no foul play could be proved.  The judgment found in favour of Lorraine, awarding her the luxurious lodge and a large inheritance.

Some still believe foul play had a hand in Danny’s death and today it remains a mystery.

Bruce’s note: Anna and I recently visited Manitoulin Island.  What a glorious place.  We were told about the Danny Dodge death by a number of residents and we are very pleased that Dave Hurcomb submitted the story.

One Response to “Manitoulin Island – Death of Danny Dodge”

This article was brought to my attention, having been cited on the Wikipedia article for John Dodge, and I’ve noticed a few historical inaccuracies. I’ve been researching the life and death of Dan Dodge for nearly three years, and am happy to provide documentation to back up my assertions via email, if requested.

2. The dynamite was, in fact, lit by Frank Valliquette, one of the employees at the Lodge at the time, and Lloyd Bryant, the other employee, his wife, Mary, and Laurine were all present from the beginning, as is confirmed by Laurine’s statement after the incident. Bryant and Laurine were outside the window, and Valliquette was in the garage with Dan. Mary was most likely closer to the house.

3. It is believed that only one stick was lit, and that it burned more quickly than they had anticipated, and perhaps ignited caps resting on the window sill.

4. Lloyd Brant was actually the most seriously injured, and very nearly died. Laurine suffered abrasions to her arm and perhaps her legs. Valliquette was injured on his side. Dan, however, had no serious injuries that would have led to his death, as testified to by the coroner of Manitoulin Island. Furthermore, when two fisherman located his body, his arms and hands were in tact, and no wounds were visible.

5. Dan remained conscious for the entire event, even directing Laurine how to start the boat.

6. Laurine was never formally suspected of foul play, and her court hearings were to contest the will and prenuptial agreement. She was left $250,000 but inherited $1,250,000 plus her widow’s stipend of $5000/month.