Back to The Adventures of Paul Kane: Part 2. 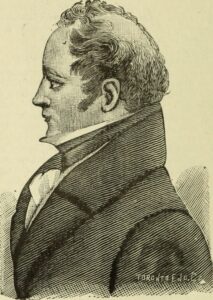 In March, 1846, Paul Kane travelled to Lachine, on the Island of Montreal, to meet with Sir George Simpson, Governor of the Hudson’s Bay Company. During their meeting, Kane showed the businessman some of the sketches he made during his late expedition to the Great Lakes and outlined his plan to similarly sketch the natives of the interior. Simpson arranged for Kane to attach himself to a spring HBC canoe brigade, and on May 9th, 1846, Kane accompanied Simpson on a steamship ride to Sault Ste. Marie.

Becore reaching the Sault, the vessel made a stop on Mackinac Island. There, Kane was informed that the steamship would not depart until 9:00 the next morning. Accordingly, he spent the night on shore. The following morning, he was dismayed to find that the steamer had left without him. Determined to catch up with the vessel, Kane rented a canoe and hired a crew of three boys, the eldest only nineteen years old. Although ominous clouds indicated the likelihood of an impending storm, the painter ordered his young employees to paddle for Sault Ste. Marie. Against all odds, the small party reached the mouth of St. Mary’s River, the water trail to Sault Ste. Marie, at sunset, no worse for wear. Knowing that he would have to reach his destination before sunrise if he hoped to catch up with the steamer, the canoeists continued on in the darkness. “After a night of the most violent exertion,” Kane wrote, “after running into all sorts of wrong places and backing out again, after giving up half a dozen times in despair, and as often renewing the struggle, our exertions were crowned with success. When morning dawned, there lay the eagerly looked-for steamer not two miles from us.”

On getting up in the morning,” Kane continued, “Sir George Simpson was astonished at seeing me; and his amazement was not lessened when he learned the mode of my conveyance. The voyage on no former occasion had been performed in so short a time under corresponding circumstances, and to this day the undertaking is still talked of as a rather notable adventure in [Mackinac] and the Sault.”

Although there was no room for Kane aboard the HBC canoes which would continue the journey henceforth, the painter managed to gain passage aboard an HBC schooner which heading in the same direction as the brigade. Kane and his new companions made their way up the Saint Mary’s River and across Lake Superior to Fort William, an old North West Company post situated at the mouth of the Kaministiquia River at the site of present-day Thunder Bay, Ontario. There, Kane learned that the HBC canoes had the schooner to Fort William, and that the brigade had already departed for the Grand Portage, the trail to the interior. With the help of the fort’s factor, Mr. Mackenzie, Kane and three engages, as HBC employees were known, set out in search of the brigade. After ten hours of hard paddling, the small party reached the canoeists about thirty miles from the start of the Grand Portage. 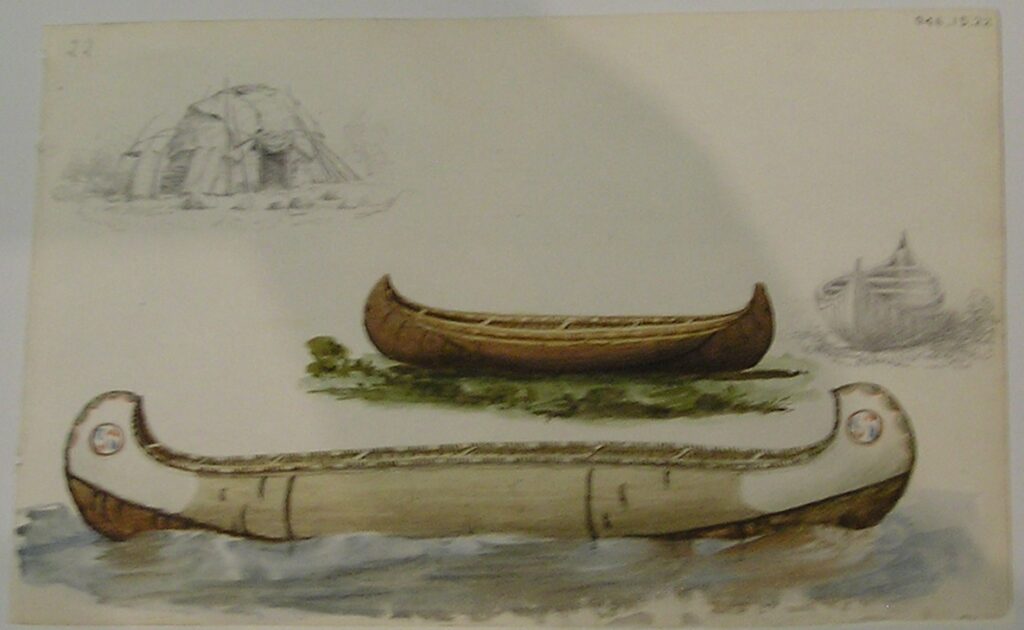 Kane joined the brigade, which set up camp shortly thereafter, and accompanied them when they departed that night at 3:00. The company tracked, poled, and portaged their gear up the trails and waterways of the Grand Portage.

On June 1st, the Baymen encountered a family of Saulteaux Indians from whom they purchased some dried sturgeon. According to Kane, these Indians were “considered cannibals” by the HBC employees, or by neighbouring tribes. In his book, Kane goes on to relate the legend of the Wendigo (which he spells “Weendigo”)- a cannibalistic monster into which one who eats human flesh will transform- stating that, according to an Indian superstition, “the Weendigo cannot be killed by anything short of a silver bullet”.

While on the Grand Portage, Kane was told about an event said to have taken place in the area some years before. According to this tale, one winter, a father and a daughter killed and ate six members of their own family in an effort to alleviate their own starvation. Shortly thereafter, they camped near an old Indian woman with whom they were acquainted.

The old woman, seeing that the father and daughter were alone, wisely suspected that something sinister had taken place. As a precaution, she made the entrance to her wigwam slippery by pouring water over it and allowing it to freeze. That night, she stayed awake and listened for intruders, keeping an axe within easy reach. At around midnight, she heard snow crunching underfoot outside her dwelling. Peering through a crack in her wigwam, she spied the girl standing outside, apparently listening in an attempt to ascertain whether or not the old lady was sleeping. The woman pretended to snore, prompting the ravenous girl to rush towards the entrance of her lodge. Slipping on the ice fronting the entrance, the girl tumbled into the wigwam, were the old woman split her head with an axe. Fearing that the girl’s father would seek out and murder her before dawn, the old lady slipped out of her dwelling and retreated into the night. Her fears were justified; later that night, the father, who had been lurking nearby in the darkness, crept into the old woman’s wigwam, where he expected to find his daughter dismembering the crone’s corpse. When he saw his daughter’s body, hunger consumed his senses; without a moment’s hesitation, he proceeded to devour her remains.

Continued in The Adventures of Paul Kane: Part 4.