Inland sea serpents are not unknown of in Canada. The story of the Lake Memphremagog Monster Memphre resembles very closely that of Ogopogo in central BC.

Lake Memphremagog is a long finger-like running south from Magog, Quebec (near Sherbrooke) across the Canada/US border to about Newport, Vermont. Nestled in between mountains, the lake is both deep and cold. 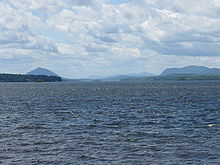 First Nations legends from the region talk about monsters in the lake.  Over the years there have been many people claiming to have seen Memphre.  Records dating back to the early 1800’s document as many as 8 claims of seeing Memphre every year.

The 18th century stories of encounters by Indians with a giant sea creature are well documented. One of the best descriptions of the creature was produced by Norman Bingham in his novel, The Sea Serpent Legend, in 1926. In the book he revives old legends with a brief description in a poem as follows:

They saw a monster dark and grim. Coming with coiling surge and swim, With lifted head and tusk and horn, Fierce as the spirit of Hades born.

According to research released in 1997, by Sonia Bolduc, from the University of Sherbrooke, there have been 215 well documented sighting of the Memphre.

The Memphre Lake Monster is usually described as looking like the Loch Ness Monster. While sitings of Memphre and most other sea and lake monsters are usually disputed by officials, sightings continue and The Memphre just might be real.  People say it looks like a plesiosaur type animal and also like a whale.  Which is also a common description of other lake monsters.

The Royal Canadian Mint has issued an oversized quarter that features Memphre.  This is part of the mint’s new “Mythical Creatures” series, which also features Canada’s Sasquatch. 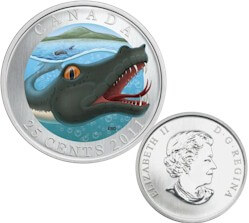 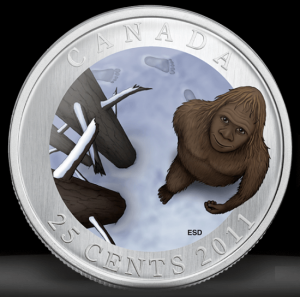 The coin was officially released with the family of renowned “dracontologist” and Memphre historian, Jacques Boisvert.  Boivert made approximately 7000 dives in Lake Memphremagog looking for the legendary Memphre.  He died in 2006, but he never gave up.

Is the Memphre real or just another Mystery of Canada?