Anyone with more than a passing knowledge of American history can recall the existence of a gentleman named Joseph McCarthy.  His 1947 House Committee on Un-American Activities (HUAC).  They looked for communists under every leaf and bed in America.  This was the post war period and everyone was suspicious of commies. Quebec outdid the Americans.  They passed the Act Respecting Communistic Propaganda.  This became Chapter 11 of the Statutes of Quebec, 1937.  The Act had two main thrusts.  The first was to limit the places that communists could congregate.  The second to outlaw communist propaganda.

Section 3:  It shall be illegal for any person who possesses or occupies a house within the Province, to use it or allow any person to make use of it to propagate Communism or Bolshevism by any means whatsoever.

Section 12: It shall be unlawful to print, to publish, in any manner whatsoever, or to distribute in the Province any newspaper, periodical, pamphlet, circular, document or writing whatsoever propagating or lending to propagate communism or bolshevism.

The provision limiting assembly and literature raised the spectre of the police.  They padlocked University doors because the library had a copy of Marx’s. Thus arose the common name for the Act as the “Padlock Law”. 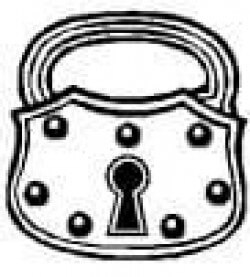 The Padlock Law was not only limited to communists though.  Quebec Premier Maurice Duplessis ruled Quebec at the time. He had very set ideas about what was good and what was bad for Quebec.  Jehovah’s Witnesses, Unions, and Communists, he believed, were bad.  The Padlock Law was used by police to confiscate literature from the Montreal Jewish Cultural Center.  Protestant missionary groups and non-French ethnic clubs were also targeted. The Law gave the premier a free hand to suspend civil liberties in Quebec and intimidate any group that had a left-wing, or at least anti-Duplessis, agenda. 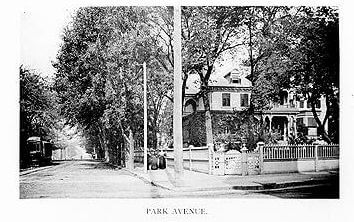 The law lasted until 1957. John Switzman took a case to the Supreme Court of Canada.  Switzman was a devotee of Marx who rented a property at 53 Park Avenue in Montreal.  His landlady, Freda Elbling, concerned that the province could impound her property took Switzman to court to nullify his lease.  Recognizing that Elbling was more scared of the province than of Switzman or Marx, Switzman argued his case based on the draconian provisions of the Padlock Law.  He lost twice in Quebec Courts.  Not one to shrink away, Switzman then appealed to the Supreme Court.  On March 8, 8 of the 9 judges agreed with Switzman.  Finding that the Quebec law went beyond the province’s jurisdiction in limiting his freedom of expression.

The majority opinion was lead by Justice Rand who concluded:

“The object of the legislation here, as expressed by the title, is admittedly to prevent the propagation of communism and bolshevism, but it could just as properly have been the suppression of any other political, economic or social doctrine or theory.”

Supplement to this story:  Based on the findings against the Padlock Law by the Supreme Court, the Civil Liberties folks in Canada are now trying to use the precedent to stop authorities from boarding up biker dens in Quebec and from seizing contraband (drugs, guns and money).  The Civil Liberties Association claims that there is a parallel between the Cold War and the Drug War.

One Response to “The Padlock Law”

thanks Bruce this was so helpful!!