Major Charles Ferguson Hoey was born in Duncan, British Columbia, March 1914.  In April 1933 he went to England with the intention of making the army his career. He first enlisted in the West Kent Regiment, won a cadetship to the Royal Military College at Sandhurst and went there in September 1935. He graduated n December 1936 and, after a brief visit home to Duncan, joined the 2nd Battalion, the Lincolnshire Regiment, which is now the Royal Lincolnshires following distinguished service fighting in Burma. He transferred to the 1st Battalion of the Lincolnshires, then in India and sailed for there in September 1937. He went to Burma with the 1st Battalion in 1942 and served there until his death in February 1944. He was awarded the Military Cross in July 1943 for his outstanding service at Maungdaw during a raid on a Japanese position. His Victoria Cross came as a result of the action described in the citation below. 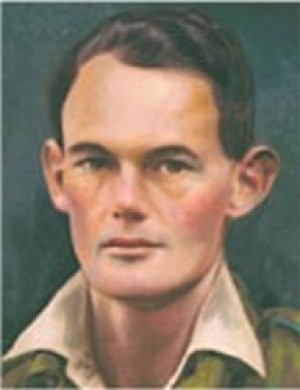 In Burma, on the 16th February 1944, Major Hoey’s company formed a part of a force which was ordered to capture a position at all costs.

After a night march through enemy held territory the force was met at the foot of the position by heavy machine-gun fire.

Major Hoey personally led his company under heavy machine-gun and rifle fire right up to the objective. Although wounded at least twice in the leg and head, he seized a Bren gun from one of his men and firing from the hip, led his company on to the objective. In spite of his wounds the company had difficulty keeping up with him, and Major Hoey reached the enemy strong post first, where he killed all the occupants before being mortally wounded.

Major Hoey’s outstanding gallantry and leadership, his total disregard of personal safety and his grim determination to reach the objective resulted in the capture of this vital position. 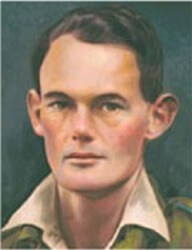