Wallace Algie was born on the 10th June 1891 at Alton, Ontario.  Wallace was brought up by his parents in the Presbyterian faith. His former military service prior to April 1916 was 2 months in the Queens Own Rifles and 4 months in the 40th Regiment [Lieutenant]. On the 19th April 1916, Wallace signed an Officers’ Declaration Paper to serve in the 20th Infantry Battalion, Canadian Over-seas Expeditionary Force. 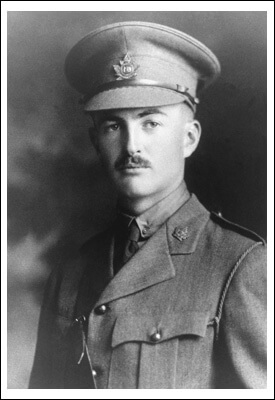 On 11 October 1918 north east of Cambrai, France, Lieutenant Algie was with attacking troops which came under heavy enfilade machine-gun fire from a neighbouring village. Rushing forward with nine volunteers he shot the crew of an enemy machine-gun and then turned the gun on the enemy, enabling his party to reach the village. He rushed another machine-gun, killing the crew and capturing an officer and 10 men, thereby clearing the end of the village. He then went back for reinforcements but was killed while leading them forward.

Below is Algie’s Service Record noting his death in action and his recommendation for the Victoria Cross. 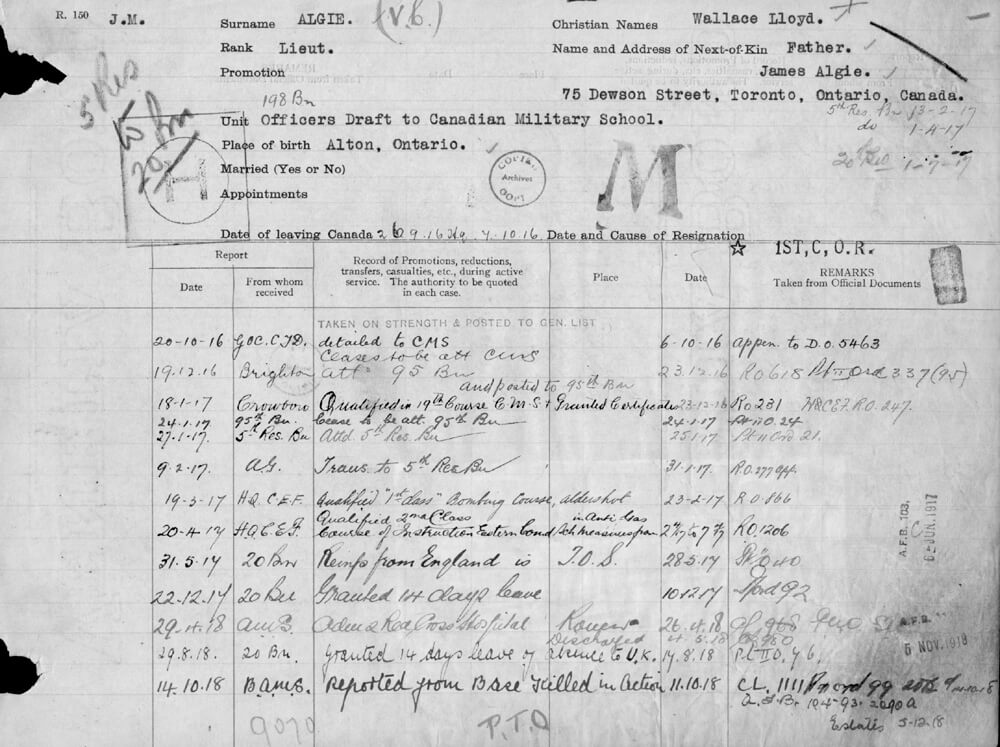 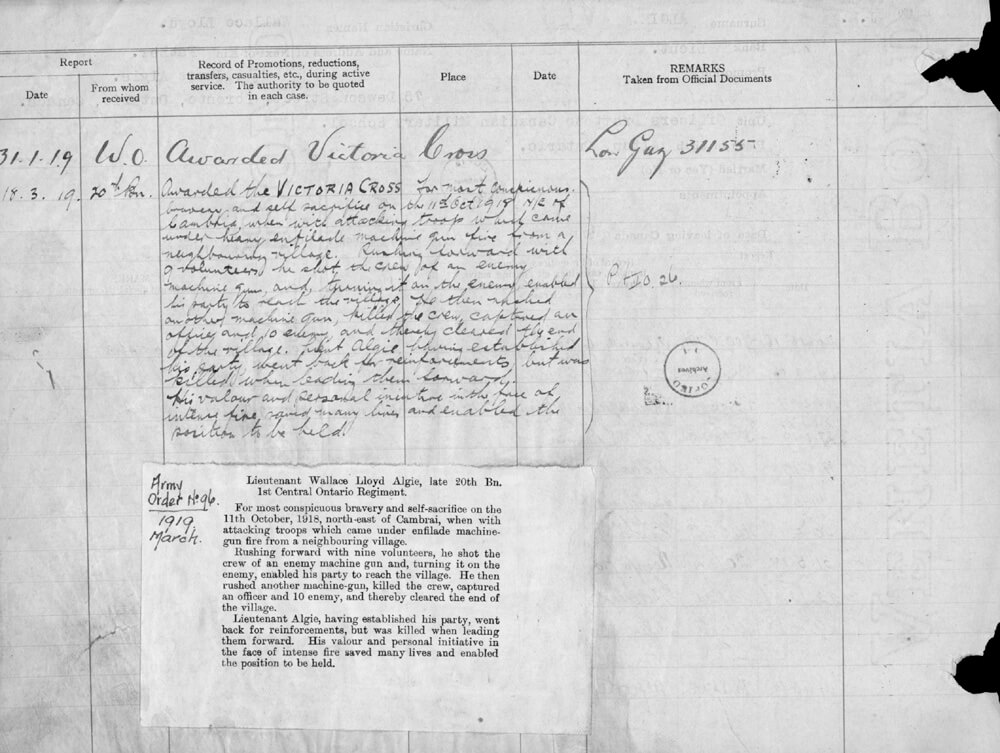