The Northwest Mounted Police began in 1904 to dispatch patrols to the high north to keep the law in the new frontier and to protect Canadian interests. Dog sled patrols over the frozen north were a new facet of Mounted Police life as the Force established remote outposts and began a long association with the Inuit people, learning their ways and providing assistance. 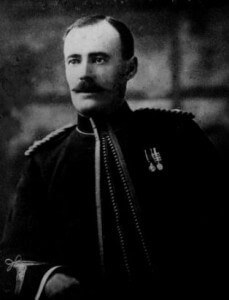 The “Lost Patrol” had set out from Fort McPherson, N.W.T., Dec. 21, 1910, heading for Dawson, Yukon Territory, a trek of roughly 800 kilometers (500 miles). Failing to find their way through the mountains, the lost patrol had turned back to Fort McPherson in a desperate race against cold and starvation. The grisly discoveries of the bodies of Taylor and Kinney, then Carter and Fitzgerald, were all made within 50 km of Fort McPherson on March 21-22, 1911. 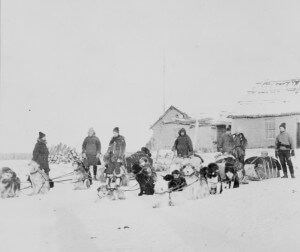 Despite the hardships faced by the early northern patrols, the Mounted Police persevered and established themselves as a Canadian presence in the north.

The story was borrowed from the RCMP Museum