At 10 PM, October 23, 1918, the Canadian Pacific passenger ship, the SS Princess Sophia left port at Scagway, Alaska with 298 passengers, men, women and children, largely from Dawson City, Yukon, and a crew of 65.  The ship was a steel passenger liner and was part of service fleet of the Canadian Pacific Railway.  It was during a blinding snow storm. By 2 AM on October 24, she was steaming into an area known as Vanderbilt Reef in the Lynn Canal by Juneau Alaska.  Problem was that the Sophia did not realize that they were so close to the Reef because they had not yet detected a navigation error that had them 2 miles off course.

The Sophia struck the reef and became stuck.  The Sophia‘s Captain Locke, sent a telegraph message of their distress to the his Agent in Juneau, who, in turn, dispatched two ships to effect support to the Sophia.  The two ships, the King and Winge, and the Cedar, arrived on scene but were unable to assist due to the heavy seas.  Both vessels anchored close by with their lights burning, to offer moral support to the Sophia.  By morning the storm had grown worse and the two support vessels were forced to leave.

When the support vessels returned the next morning, August 25, they were horrified to find that the Princess Sophia had sunk.  All that remained to see was the Mast sticking up out of the water.  All the passengers and crew were lost!   With so many people dying in the ship wreck, it was the worst maritime accident in the history of British Columbia and Alaska. The circumstances of the wreck were controversial, and a lot of people felt that everyone could have and should have been saved.

The only survivor of the Princess Sophia was a small dog which had managed to swim to a local island and was recovered a few days later. 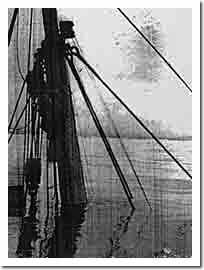 Article Name
The Princess Sophia Shipwreck
Description
They were horrified to find that the Princess Sophia had sunk. All that remained to see was the Mast sticking up out of the water.
Author
Bruce Ricketts
Publisher Name
Mysteries of Canada